Covid DID leak from a Wuhan lab and WHO is ‘too compromised’ to conduct investigation, ex-CDC director says

Covid DID leak from a Wuhan lab and WHO is ‘too compromised’ to conduct investigation, ex-CDC director says THE ex-director of the CDC says he believes Covid-19 did leak from a Wuhan lab and claims that the World Health Organization is “too compromised” to investigate the matter.

Robert Redfield waded into the debate surrounding the pandemic’s origins in an interview with Fox News on Tuesday, insisting the lab-leak theory is the most likely explanation for the deadly outbreak.

Robert Redfield severed as CDC director under Donald Trump for three years between 2018 and 2021The  Wuhan Institute of Virology is where the virus leaked, he believes

Calls to investigate the theory have intensified in recent weeks, following months of dismissals from the likes of Dr. Anthony Fauci, who was quick to insist the idea was nothing more than an unfounded conspiracy.

But Redfield argues that the efficiency of Covid-19’s spread between humans contradicts the behavior of other, similar deadly viruses such as SARS or MERS.

While both SARS and MERS first reached humans through animal contact, they spread at a far slower pace than Covid.

“When I said before that I didn’t think it was biologically plausible that COVID-19 went from a bat to some unknown animal into man and now had become one of the most infectious viruses,” Redfield said.

“That’s not consistent with how other coronaviruses have come into the human species. And, it does suggest that there’s an alternative hypothesis that it went from a bat virus, got into a laboratory, where in the laboratory, it was taught, educated, it evolved, so that it became a virus that could efficiently transmit human to human.” 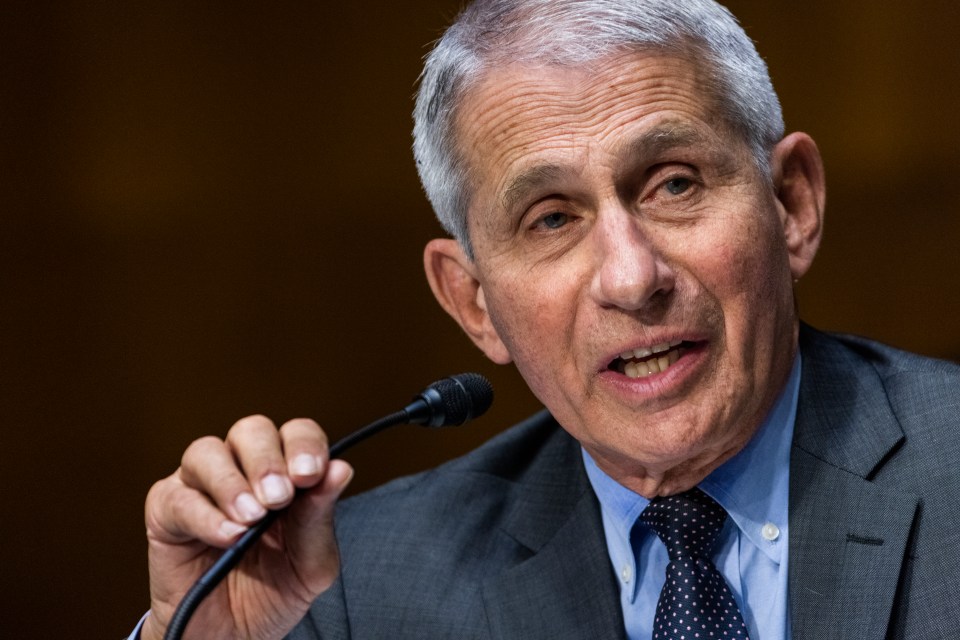 Calls to comprehensively investigate the virus’ origins intensified last month when the Wall Street Journal reported that three researchers at China’s Wihan Insistute of technology were hospitalized with Covid like symptoms in late 2019, shortly before the pandemic began.

China has routinely dismissed the lab leak theory as a politically motivated “conspiracy.”

Fauci was also one of a number of leading US scientists to dismiss the claim in the throes of the pandemic.

However, he has since said he welcomes an investigation into the matter amid calls for his resignation.

Redfield, a virologist who served as the CDC director under Trump for three years, voiced to Fox his disappointment over what he described as a “lack of openness” within the scientific community to “pursue both hypotheses.”

“I’m just giving my best opinion as a virologist, and I don’t think it’s plausible that this virus went from a bat to an animal … and then went into humans and immediately had learned how to be human-to-human transmissible to the point of now causing one of the greatest pandemics we’ve had in the history of the world,” he said. President Joe Biden said back in May that the nation’s scientists had “coalesced around two likely scenarios” but as of yet still hadn’t drawn a definitive conclusion.

Officials were ordered to present their best findings with 90 days.

Redfield also voiced skepticism over the World Health Organization’s (WHO) capabilities to comprehensively investigate the theory.

In March, WHO released a joint report with China that found a lab leak was “extremely unlikely.”

But Redfield argued WHO was “too compromised” by the influence of Beijing to conduct a transparent and fair probe. Biden has called on officials to investigate the lab leak theory

“Clearly, they were incapable of compelling China to adhere to the treaty agreements that they have on global health, because they didn’t do that,” Redfield told Fox.

“Clearly, they allowed China to define the group of scientists that could come and investigate,” he added. “That’s not consistent with their role.”

Earlier this month, Redfield claimed he was sent death threats from fellow scientists after suggesting that Covid leaked from a lab, rather than spread via human to animal transmission.

He claimed he was “threatened and ostracized” by people he even considered friends after airing his opinion in March.

Redfield believes the virus was speading as early as September 2019.

He also added that he believes any release was an accident, rather than intentional.

“I was threatened and ostracized because I proposed another hypothesis,” he told Vanity Fair. “I expected it from politicians. I didn’t expect it from science.”